The 2017 GSoC is over and it was awesome. We had 10 great students (Yes all of them!) and a tremendous experience for all of us.

In this series I’ll try to reflect on how the summer went from the point of view of the main admin for coala. As I both feel that reading very long blog posts is hard and that I won’t be able to write everything down in one go, I will split this up in multiple parts. How many, I don’t know at this point.

The Admin Role, GSoC and Me

To give some perspective to the things I write, here some background about what my role and background were:

My role in this year’s Google Summer of Code for coala was being the main org admin. This meant, that I (mainly) was responsible for everything coala should deliver during those months. I had two backup admins with @sils and @jayvdb, who both were very helpful. And I want to highlight that a lot of the time when I write “I” that is actually all three of us (and sometimes also mentors). I just didn’t think about adding “me and all the lovely people that helped me” but it is what I mean most of the time. You can replace most “I"s and “me"s in this text with “we”.

As an admin, my job is not to do everything myself, but to make sure everything gets done. And, if no one else will do it, then it becomes my job. This started with the org application to the program itself. Writing the application and reviewing what input others had given, gathering information from past years and recruiting mentors. During that phase we also met Stephanie Taylor at FOSSDEM and got some feedback on our application and our newly created projects page. Again, I was responsible for all the feedback being implemented, not necessarily doing so myself.

After coala was accepted into the program, the student application phase soon opened. During this phase, my main work consisted of figuring out how we should cope with the insane amount of applications we received, building a process that would somehow be able to handle them (hint: we kind of failed with this), review applications and support mentors and students on their way to getting to know each other and writing applications. I am pretty sure that this part will get it’s own post and will probably be the largest one of them all. We learned a lot in this area this year but it wasn’t without growing pains sadly. At the end of the student application phase came the time to choose which student’s we would accept. With the process we had in place this year, I had to collect feedback from the mentors, form my own opinion about the students and in the end make the decision, which students we wanted to accept. And finally during this phase my job was to listen to all those, whose dreams I crushed by not choosing them.

When the actual part of GSoC started, I could actually start to relax a little bit. Most of the work now lay in the hands of the students, mentors and co-mentors. During this time I answered a lot of “how are we handling this thing” questions from students and mentors. I usually sent one or two mails per phase to both students and mentors, describing what they had to do during the current phase and reminding them of any upcoming deadlines. If any questions or problems came up and I felt the answer might help the other participants, I also added those things. Finally, I did some checkups on mentors and students, just to make sure that there no hidden problems or friction between anyone we didn’t know about.

The last part of GSoC (at least what I have in my head right now) were the evaluations. I will group them, as they essentially are the same every time in terms of what I had to do. I reminded the mentors in the phase starting mail that there would be evaluations and when our internal and when Google' deadline was. Then I gave another reminder a few days before the evaluation opened, highlighting what mentors should focus on and some instructions about what those evaluations are for and about. During the evaluation phase I essentially just pinged every mentor that I felt might be running a little late and made sure that all evaluations were filled on time. In one case, by filling it myself. More about that when we arrive in that chapter.

Compensation (and other money things)

I think that it is important to be transparent, especially in an open source project like coala and when handling something where so many people have worked on as GSoC. This is why I’d like to at least mention, that I received compensation from coala for the admin work I did. 1500€ to be precise. This was decided by a vote (c-level decision) by the coala maintainers and taken from the money coala as an organization received from Google. The amount was roughly estimated using the german (where I am from) minimum wage of 8.50€ and using 8h/week as the work hours. Make of this what you will. I just felt it noteworthy.

I guess I might use this as a final chapter to talk about the money we received, and what we plan on doing with it. And in that way also shine a light on the growing coala association

I will probably write the second part on my flight back on Tuesday so stay tuned for that. 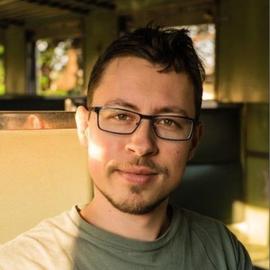